EveryLibrary is happy to announce that NoveList, a division of EBSCO Information Services, is providing a subscription to LibraryAware to five of our 2019 library campaigns as a component of their donor support.

We Should be Concerned About 2018’s Library Ballot Measure Results

Last night, libraries and library supporters across the country eagerly awaited the return of election results affecting their libraries.

10 Takeaways for Libraries from the 2018 Midterms

On Tuesday’s Midterms, 46 states held elections for 6,000 state legislative seats. Thirty-six governorships were on the ballot. Nearly half of our 100 most populous cities held local elections.

EveryLibrary tracked 79 elections for new or renewed funding, building projects, and library governance on November 6, 2018 General Election ballots from coast to coast. We were proud to support 10 of these libraries directly in their Informational Campaign Communications along with the local independent Vote Yes committees. In addition, we supported two state library associations partners in their statewide voter outreach about education funding measures that would impact school libraries.

A Win For Utah Students and Teachers – EBSCO Access Reinstated

We are excited to announce that on October 19th, the Board of Utah Education Network (UEN) voted unanimously to immediately reinstate access to EBSCO K12 databases for over 650,000 students in Utah.

What’s at Stake for Our Libraries this November

This November, we are at work in 10 towns, cities, and counties as they campaign for critically needed local library funding. Over $136 million dollars in stable operating funds and building projects is at stake for these libraries. We are also proud to be working closely with our partners at the Colorado Association of Libraries and the Utah Library Association as they campaign on two important statewide ballot measures for new school funding. If they pass, both will directly benefit school libraries in both states.

At EveryLibrary, we know that over 90% of public library funding comes from the will of local voters and politicians. That’s why we’re launching National Vote Libraries Month throughout October – a national marketing campaign designed to reach more Americans who believe in the power of libraries and encourage them to pledge to vote for libraries and politicians who support libraries. That’s why, prior to the November elections, we’re asking you to sign and share the Pledge to Vote for Libraries:

Vote for Question 1 and School Libraries in Utah

The Utah Library Association and EveryLibrary invite you to take the Pledge to Vote For Question #1 this November. Question #1 is an important and necessary proposal to increase school library funding in Utah through a new motor fuel tax. If it passes, 70% of the funding will go directly to improve education in local school districts. 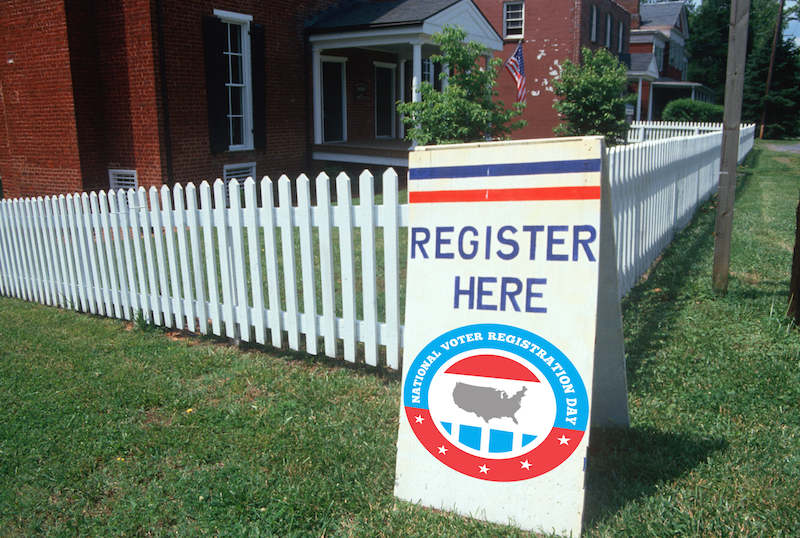 As part of National Voter Registration Day, we are proud to partner with vote.org through a grant from Non-Profit Vote to bring white label embeddable voter registration and voter support forms to libraries.