When Enough Money Calls the Tune, the General Public Will Not be Heard

EveryLibrary is a Super PAC. We lobby the public to advance an agenda and secure more money for our special interest group. We put money into campaigns to influence the outcomes on Election Day. Our mission is to win at the ballot box and to work against forces that hamper our industry's ability to grow.

EveryLibrary is a Super PAC.

We lobby the public to advance an agenda and secure more money for our special interest group.  We put money into campaigns to influence the outcomes on Election Day.  Our mission is to win at the ballot box and to work against forces that hamper our industry's ability to grow.  We should happy about this week's Supreme Court ruling that makes it easier for more money to flow into politics.  We should be filing Amicus to encourage that the last remaining shreds of campaign finance laws be stricken from the books.  Because that's what special interest groups like us want.

But we are not a happy PAC today and we don't support the Court's majority ruling. This ruling isn't good for EveryLibrary or our country. While McCutcheon v. Federal Election Commission focuses on donations to candidates, it is part of a larger deconstruction of campaign finance laws that shift the landscape of political discourse radically away from the general interests. It is particularly alarming because it follows the Citizens United decision, which enabled deep pocketed corporations and unions to spend unlimited amounts of money on ads for/against individual candidates. McCutcheon takes us a step further into a realm where "singular interests" set the political agenda for the country.  When a single individual of great wealth can have such a dramatic impact on a campaign for office or issue, we are moving alarmingly away from a participatory democracy.

"When enough money calls the tune, the general public will not be heard."
- Justice Stephen Breyer 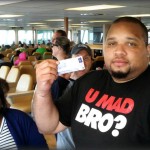 At their core, the laws that restrict a library's ability to use public money to work on a Vote YES campaign are good for democracy. The Progressive Era reforms that curbed patronage and misuse of public funds for private gain are the same in spirit to those that underpin progressive tax policies and fund our public libraries and other institutions. EveryLibrary regularly trains library staff, trustees, and volunteers to work within the law on effective "information-only" communications. We understand that on public time and with public money, libraries have a responsibility to tell the public what new tax money would be used for. And the voting public has a right to discuss it and then vote yes or no as they see fit.  But a local ballot committee approaches any proposed tax measure in a completely different way. Ballot committees exercise their right as citizens to assemble and speak for or against a measure and encourage others to vote in kind. When we support Vote YES committees for libraries, we are advocating, within the law,  for our "special interest"  - the success of the library funding measure.

Individuals, corporations, and special interest lobbyists who want to shrink government by defunding the public good were given another gift by the Court yesterday. Great wealth and singular interests will now be more emboldened to act. Last year EveryLibrary's average donor gave us $48.50. We got an incredible amount done for libraries at $48.50 per donor. We're built as a Super PAC for libraries precisely because of the reasonable and necessary checks on a library's ability to campaign for itself as a recipient of public funding.  We're built as a Super PAC because the IRS also limits what Foundations and Friends and associations and any other 501c3 organizations can spend on campaigns.  We're built like this because we know that, with a little bit of cooperatively raised and wisely expended money, we can encourage participation in elections and help change the landscape for local library funding. 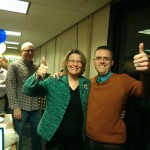 EveryLibrary is, fundamentally, an organization of small donors. We need your support in making us a bigger organization of small donors.  If you share our perspective on how money and politics should work, please talk about us with your friends and colleagues. We are raising money to support 21 library funding and tax revenue campaigns this year. Because we are a Super PAC, your donations will be bundled-up and used to advance the most general of all special interests in America - our libraries.