Two years ago, voters in the Town of Irondequoit (NY) overwhelmingly approved a $13 million bond referendum to build a new library. Construction of the library was completed earlier this year and it opened in September.

This guest blog post is by Mike Kennerknecht. Mike Kennerknecht is a PR Supervisor with Tipping Point Communications and previously served as Chief of Staff for New York State Assembly woman Donna Lupardo. He is a member of the New York Library Association and the American Association of Political Consultants. 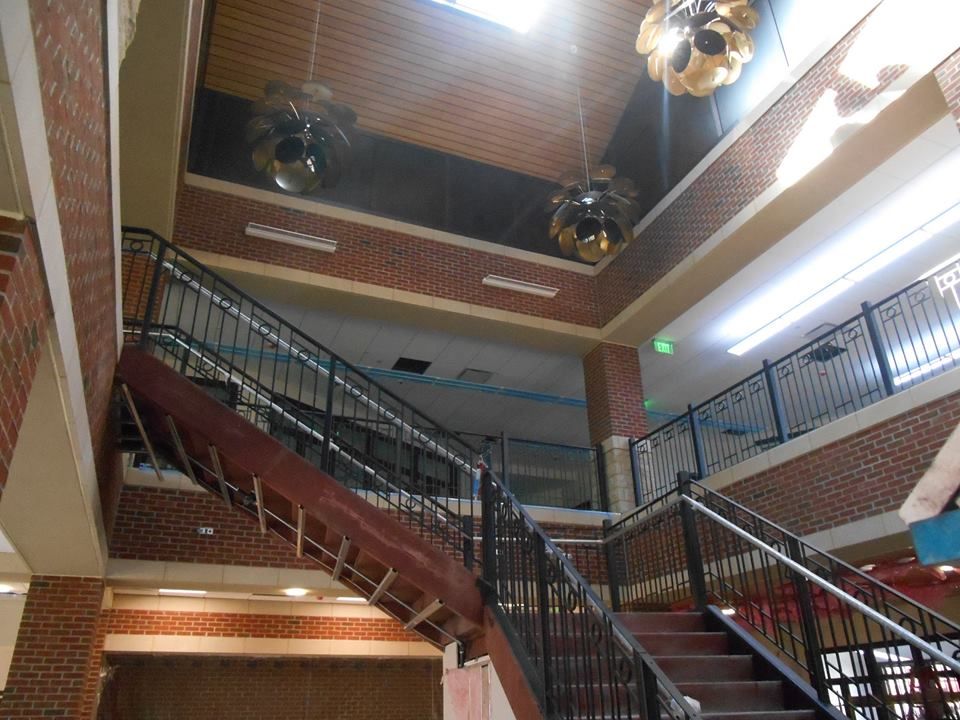 Two years ago, voters in the Town of Irondequoit (NY) overwhelmingly approved a $13 million bond referendum to build a new library. Construction of the library was completed earlier this year and it opened in September. On the anniversary of our big victory, it’s a great time to reflect on how we overcame some unexpected challenges we encountered along the way.

This was the first referendum campaign I worked on after nearly a decade of working on political campaigns for state and local candidates. The differences with issue and candidate campaigns are distinct but not foreign. The common denominator for both is winning the lion’s share of votes on a given Tuesday. But getting to that point with an initiative or referendum campaign takes a different approach. Here are a few examples from our experience with the Irondequoit Public Library.

You always know exactly what you are getting with an initiative or referendum campaign. Or do you? Misinformation or poor messaging can easily lead voters to false choices. It’s important tie “yes” and “no” votes to their potential outcomes. This way voters know how it affects them and there’s no guessing involved with what happens if they vote one way or another.

In the case of the library proposal, voters were being asked to “authorize a bond not to exceed $13 million dollars” to build a new central library. Those who were vocally opposed to the idea capitalized on this big number – and what that would look like to the average resident. Of course, voters weren’t really choosing between spending $13 million or spending nothing – because there was still a notable cost to voting “no.” In fact, repair costs for the town’s two aging facilities would have exceeded $6 million. So we spent a fair amount of time focused clarifying the real choice voters had to make. You can check out more of our myth-busting efforts here. 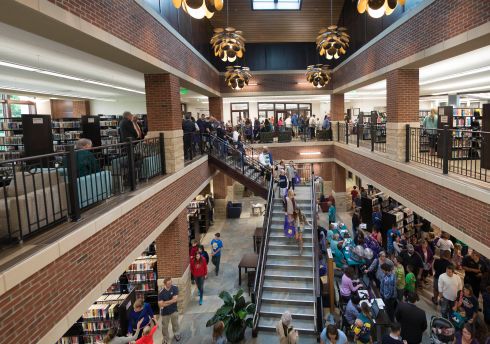 Regardless of the arguments we were making or responding to, there needed to be a consistent face for the campaign. For political campaigns, we rely on our candidate.

But there isn’t always as clear a choice for issue campaigns. In this case, we opted for both the president of the library board and the director of the library. They both led public presentations and were available to the media for interviews.

Without designated spokespeople to provide a human face to your issue, issue campaigns can be hijacked and derailed by any number of stakeholders trying to advance the cause. While it is important to have the support of a coalition, including labor unions and civic organizations, such as the Chamber of Commerce, there needs to be clear and consistent messaging. A spokesperson helps everyone speak with one voice instead of trying to talk over each other.

I’m a proud Democrat, but I had to check my donkey at the door for this one. While we received some assistance from the party with volunteers and the voter file, this campaign needed to be a big open tent. We couldn’t afford to alienate potential supporters, especially with a mix of political affiliations directly involved on the library board and in town government.

It’s been said that politics makes strange bedfellows and referendums are no different. But unlike partisan candidates, referendums don’t need to adhere to a political party platform. That can be an advantage in building a broad and diverse base. After all, independents are the fastest growing political affiliation.

Voters overwhelmingly approved the referendum on April 23, 2013. However, opponents sunk thousands of dollars into attack ads and robocalls then filed an anti-library lawsuit against the town. Even though the first referendum was a clear victory, we would need to do it again. Faced with a costly legal challenge that could drag on in court, the town decided to start the process all over again and library opponents forced another referendum on Dec. 14, 2013.

Yet again, in the face of a snowstorm and vocal opposition, we were able to pull out another substantial victory. The challenges above are just a few of the challenges you can encounter with a library campaign, but as you can see by the end result, it was well worth the time and effort. It was a big win for the community and even won us a PRism Award and Best in Show for Nonprofit Community Relations from the Rochester Chapter of the Public Relations Society of America.