The mayor in Miami-Dade has set up task force to examine public library funding. The charge is to make recommendations that would help draft a plan to sustain the libraries for the long term. Their recommendations are due in February, 2014. Read the 15 page memo from the mayor. 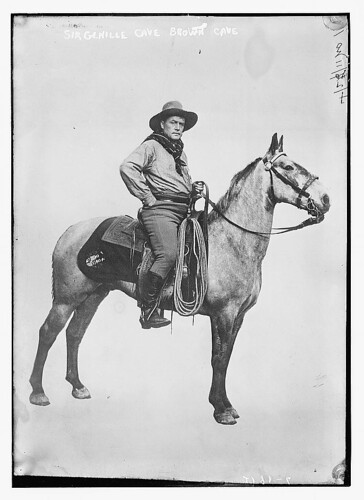 Every Friday we will round up the week’s news on library politics and highlight some of the things that we are following or reading. Here’s what we have in our lassos this week.

Sorry we missed you last week folks. This serious cowboy and I are going to bring you two weeks worth of the Lib Politics Rodeo to make up for it. Today Amos, here, and I are going to bring you some not so good news for library funding. And we want to know what you think about it in the comments below. Yeah, that place down there that you try to avoid. Let us know what is on your mind.

Also special thanks to LJ's INFOdocket for rounding up some really great stories last week which we explore again today.

First some good and new news.

The mayor in Miami-Dade has set up task force to examine public library funding. The charge is to make recommendations that would help draft a plan to sustain the libraries for the long term. Their recommendations are due in February, 2014. Read the 15 page memo from the mayor.

A couple weeks ago we saw the residents of Shrewsbury (MA) in debate over a 23.3 million dollar library project on the Nov. 5th ballot. Looks like at a recent town meeting the debates are turning in a promising direction. Residents have overwhelmingly approved the project that will allow the library to expand and do some needed renovations.

Also from a couple weeks ago, this week, the Richland Public Library was featured on the news news (the TV kind) talking about their 59 million dollar bond on the Nov. 5th ballot. It’s a great looking library, but it needs updates. Great video!

Something a little different this week that stood out in the news is libraries collecting funding from surrounding communities/counties with no library. Amos and I want to know what you think of this. Here are a few different ways of looking at it:

In New York, voters rejected funding for  Brookville Library by a 9-1 no-yes ratio. Residents not served by a library voted not to fund a district that would allow them library services from their choice of one of three nearby libraries. Here’s where we learn about why that happened.

The Kilbourn Public Library (WI) is asking Adams County residents to pay for the cost of circulation. Adams County does not currently put any funding towards the Kilbourn Public Library, but the residents can use it. This bill will work with current law and allow counties to collect payments from surrounding counties that do not have libraries. So, there seems to be evidence that this may get more support than what voters in NY were willing to give.

And we bring it full circle with the citizens of Bath Township (MI) that gathered signatures to put a millage on the Nov. 5th ballot that would separate them from the nearby DeWitt District Library, which they pay fees to use, as a first step to having their own library district.

More on the November ballot initiative in the  Upper Macungie township (PA). Town Hall meetings are still taking place through the end of the month. The Cornelius Public Library will be on the ballot (OR) with an initiative supported by EveryLibrary. Cornelius would partner with a private housing developer to build a new public library with senior housing. The library is asking voters for a 2.4 million bond on Nov. 5.  Also in Oregon, Jackson County Libraries that have had continuing budget challenges will put an initiative on the May 2014 ballot to create a special library taxing district. The Public Library of Cinncinnanti (OH) and Hamilton County are on the ballot with a 10 year tax levy that will bring in $181 million in funding over 10 years. This is a  renewal of an existing levy and will provide about ⅓ of the library budget.

Last, but not least, let's talk about the opposition. We are curious to know how you may address the points brought up in this letter to the editor. In this case, the opposition believes that iPads mean libraries should stop expanding, somehow Ebooks = smaller buildings. What do you think?

EveryLibrary works with these local ballot committees to help them plan winning campaigns. Keep us strong by giving a little to our 5k to Philly challenge. We, and Amos, thank you.