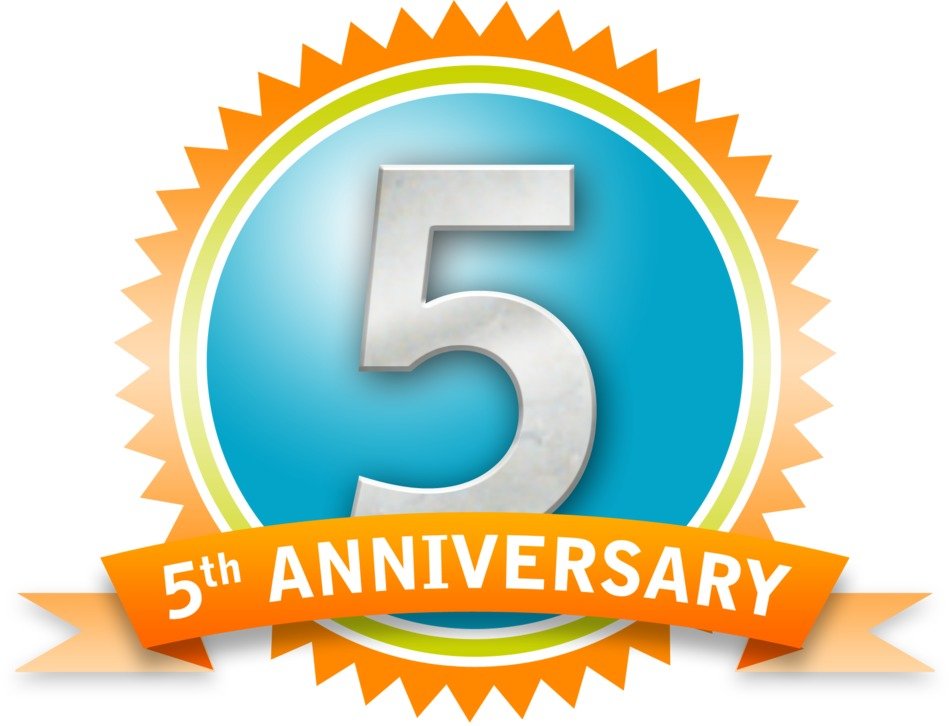 This notion that we are all in this together as a community of folks who believe in the power of libraries, and support the librarians who serve their communities, is still at the core of our organizational beliefs and work. When we started, we were a new kind of library advocacy organization. Over time, we have grown into a community of library activists dedicated to fixing the funding formula for libraries of all types.

I am lucky for finding a group of dedicated, smart, and talented people who wanted to share the work of taking this idea and bringing it to life. My colleagues from the beginning are Patrick Sweeney and Erica Findley, EveryLibrary's co-founders and co-visionaries in this work. Without Patrick working every day with me, we would not be anywhere near as effective, successful, or hopeful for the next 5 years. Without Erica being fully involved in the financials and in our early campaigns, we would not have been on the right course for growth. As board members over the years, Lindsay Sarin, Peter Bromberg, Mel Gooch, and Brian Hart are at the core of the organization's growth. Without a cadre of dedicated volunteers, interns, and Advisors, we would not be able to fulfill our goals and remain rooted in the library community we serve.

EveryLibrary has a two-pronged approach to realizing our unique mission of "building voter support for libraries": 1) engagement with voters on ballot measures at the local level; and, 2)  activating Americans from all walks of life - and from all across the country - to support “any library anywhere”. From day one, our donor community has been the most vital part of helping EveryLibrary do this work. In September 2012 we had zero dollars in the bank and just an idea that libraries should have direct, on the ground, pro-bono support for their funding future. Now in September 2017, we have grown to become a national organization that has helped libraries secure hundreds of millions of dollars in stable tax funding for operations, collections, programs, services, facilities, and staffing. Key accomplishments over last 5 years are:

In 2013, after a very successful kickstarter-style campaign to fund the initial creation and development of EveryLibrary, we immediately went to work in support of library communities on the ballot. With a bit of luck and a lot of grit, we helped take our first library, the Spokane Public Library, to the ballot. The library leadership had six weeks between when their city council placed the new library levy on the ballot and their February 7, 2013 Election Day. Because of our donors, we were able to be there as a pro-bono consultant and guide for the library staff and board, as well as providing advice, tactical assistance, and direct funding support to the Vote Yes committee. We were proud to support their win then, and their renewal in 2017 as well.

In 2014, we launched the Rapid Response Fund to aid any library running into a communications crisis or strong opposition in the last few weeks before an election. With support from Rosen Publishing and ongoing donations from hundreds of people, we have helped numerous libraries answer that opposition. Our goal - and our consistent approach - is to support the local legitimate stakeholders and amplify their voices. Communities like Mary Esther, FL., and LaFourche Parish, LA., may well have lost their libraries with this donor-supported and unique resource.

In 2015, we launched our journal, The Political Librarian, to foster and encourage a new discussion at the intersection of public policy and tax policy for libraries. With the support of the Open Scholarship platform at Washington University and an amazing volunteer editorial team and editorial board, we have just announced a 'call for submissions' for Issue 3. In 2015, we also launched our Artist in Residence program in the understanding that to talk about taxes and public policy is also to bring in the arts, culture, literature, and human creative experience that are funded - through libraries - by these taxes.  We are proud to host our second AIR series this fall focusing on political cartoons and commentary. We may be the only political action committee to host an Artist in Residence. We think it would be better for American civil society if we were not alone.

In 2016, we asked voters across the country to #VoteLibraries in the presidential primaries and general election. Dozens of dedicated individual donors joined OverDrive, Demco, and Mango Languages to fund the creation of new, engaging campaign art and design for libraries to use - free of charge - in their elections. The artwork has been used by numerous library campaigns to reach their voters with a “VoteLibraries” message. But more importantly, our donors' support allowed us to dedicate resources to build our unique list of Americans that we can reach by email and social media.

The #VoteLibraries campaign in 2016 was a proof-of-concept to not only create effective campaign tools for libraries, but also to test the idea that Americans from all walks of life are eager to sign-up and take action for “any library anywhere’. The success of #VoteLibraries lead to the creation of our action.everylibrary.org site, which is dedicated to talking directly with Americans about the future of library funding.

In 2017, we took our direct public engagement about libraries to a new level by launching SaveSchoolLibrarians.org. With help from Follett Learning we are able to work across multiple school districts at the same time to support digital-activism that preserves school library funding and focuses on saving or restoring school librarians' jobs. We are proud to work be able to work with 6 state school library associations on state-specific advocacy and activism projects too. We are focused on helping to fix the funding formula for school libraries in this country.

As 2017 moves along we are on track to take 70 libraries to the ballot. And we have a crazy idea: what if we could reach one million Americans and activate them for libraries? We currently have 220,000 people on our Facebook page. We can reach a lot of people with 'Save the Library' messages already. What if your neighbors, friends, and family members -- the ones who already understand, like you do, that libraries are high-impact and that librarians are critical -- what if they got a personal invitation to show up in support of what they believe? We think it’s possible to find them. They are already in your personal network.

We have worked tirelessly for the past 5 years to build a unique and high-impact national organization of library activists. Today, with your help, we are launching the One Million Americans for Libraries campaign to find, reach, and activate more people like you. Can you help us reach this goal?  If we want to keep making big impacts on the future of library funding, we need a bigger network. Activating Americans for libraries is more urgent now than ever. To help us reach our goal of one million Americans, you can do two small things right now:

EveryLibrary’s vision for the next five years is broadening ever so slightly.  To say “any library funding opportunity anywhere should matter to every library everywhere” is an important shift. Because we are all in this together, if we can find a few hundred thousand more Americans who - like us - believe in libraries and know what it means to stand together to support them, we can do even more.

Please help us reach this goal of One Million Americans for Libraries.