Facebook advertising is a necessary and helpful extension of your person-to-person canvassing. Among all social networking channels, Facebook allows for the most specific, target-able, and actionable ad environment for volunteer and supporter engagement. 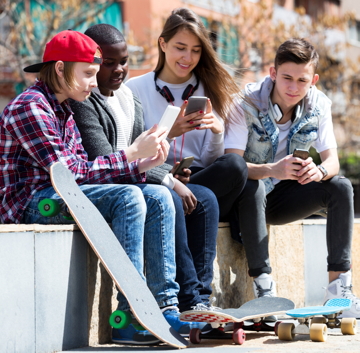 Facebook advertising is a necessary and helpful extension of your person-to-person canvassing. Among all social networking channels, Facebook allows for the most specific, target-able, and actionable ad environment for volunteer and supporter engagement.

If you cannot earmark funds for the entire run of the vote YES campaign, focus on the 6 weeks prior to Election Day, or the 3 weeks before mail-in ballots arrive and the entire run of the mail-in period.  If you cannot do a multi-week run of ads, focus on the last 100 hours before Election Day. Plan to spend at least $5 per day but no more than $25 per day.

Plan and write about your community

Plan ahead to produce and publish at least three posts per week. One of the weekly posts should be a personal story or endorsement about what the library means to a community member. Include a photo of the endorser with the post.

Topics should focus on children and literacy education (either P-20 or K-12), jobs and access to employment and the library’s role in the civic infrastructure, and its role as an identity anchor in the community.

Engage (make it so)

Be sure to LIKE posts and comments as the Vote YES page that are favorable to the campaign. Do not leave your fans hanging.

Every post must include an explicit call to action. Most will be Vote YES on XYZ. You can also ask for your post to be shared with friends neighbors or ask for likes to your page to boost your messages.

Pro Tip: The Vote YES Facebook page is not a public service page and it isn't a place for dialogue. It is a political campaign and is protected speech. You are not engaged in supporting contrary positions. There are no “terms of service” or any of the caveat emptors one would include in an organization, library, or for-profit page. Please delete posts from contrary positions with impunity, if needed.

Work from a schedule

Anticipate running a list of polling places or a link to Clerk of Elections sites to locate polling place along with the local or state voting hotline number.

Plan to repeat this information two days prior to each deadline date and then again on the day itself. Post the ballot language prior to key deadlines and on Election Day.

Ask your vote YES volunteers to take at least 3 sets of 3 photos of themselves (and their families) that show them:

Have vote YES volunteers who are already anticipating absentee, early, and vote-by-mail to take photos of themselves receiving and mailing/dropping off the ballot. If this is a family event, so much the better. Post pictures of “I Voted” stickers or receipts given out by the Clerk of Elections.

Great coverage of the May library election in New Orleans by Library Journal last week. Clear details of what the library can do if the millage passes including re-opening the Nora Navra library that was closed by Hurricane Katrina and increasing hours by 30 percent across all branches. Also covered is the why behind closing half the library branches if the millage increase does not pass. Meanwhile things seem to be changing in Baton Rouge (LA) now that Library Board members have moved for an increase in the library millage rather than the decrease which had been previously discussed. After hearing from 3 library users, Library Board members proposed raising the 10.7-mill to 11.1 which is the same amount voters approved in 2006 and has since been rolled back. The Metro Council has yet to vote to put this on the November ballot.

The appellate court in Kentucky ruled last week in favor of library districts created by petition. A suit brought by Tea Party members challenged the method that library districts had used to raise taxes since the 1970’s. EveryLibrary is keeping an eye on what may be next for those that brought the suit, but for now we are relieved for Kentucky libraries. See our full analysis of the ruling.

The Butterfield Library (NY) that serves Philipstown residents will have a referendum on the May 5 ballot to increase funding in the Haldane School district. The exact amount of the increase is unclear in the article, but would average at $27 per household or about the cost of one book. According to the director Gillian Thorpe:

...because residents within the Haldane School District “use us more,” she feels that in May “it’s fair to ask a little bit more per household” within the school district, rather than all Philipstown residents.

Members of the Citizens for Park Ridge Library group that worked on GOTV activities for the 4 year $550,000 levy increase last November will be recognized by the Library Board this week. The committee received 5 nominations from the community for the 2015 Library Award. We are proud to have supported the efforts of this great group and send our congratulations on this award.

We are excited that Rebekkah Smith Aldrich has joined EveryLibrary as an Advisor. Rebekkah lives in New York and is the Coordinator for Library Sustainability for the Mid-Hudson Library System. For the past 10 years she has worked with campaign teams on over 100 public library campaigns. Her full bio on our Advisors page. Our Advisory Committee members provide strategic and tactical advice to EveryLibrary to help round out the work our Board does week to week. You will also see them represent EveryLibrary at events or meetings. We're honored by their commitment and grateful for their help.

If you are headed to Portland this week don’t miss our meetup on Thursday March 26th 8-11 pm at the Deschutes Brew Pub. Join our co-hosts Nicole Pagowsky, Peter Hepburn, J. Turner Masland, Kirby McCurtis, and JP Porcaro for a night of networking and good NW brew. Bring a +1 or 2. Everyone is welcome. Event details and RSVP on FB.