How are We Fighting Against Book Banning?

As we continue to see attacks on the freedom to read across the country, EveryLibrary is working with dozens of local activists and organizations to give them the resources they need to fight back.

As we continue to see attacks on the freedom to read across the country, EveryLibrary is working with dozens of local activists and organizations to give them the resources they need to fight back.

The problem is that most libraries and library advocates don't have the funding they need to win. In some cases, the public library, as a government organization, is not legally allowed to advocate for itself. In some school districts, the library staff are even barred from fighting against book bans.

Email your State Representatives to fight against book banning in the United States.

That's why we're proud to stand with American citizens who are standing up for their freedom to read and their local libraries. These people simply want access to books for themselves, their families, and their communities. They are not political operatives but they are fighting for freedom.

That’s why we built EveryLibrary as the National Political Action Committee for Libraries. We help fight where libraries can’t. We train advocates to win. And, thanks to our donors, all of our work with libraries and advocates has been provided for free.

In fact, it's donations from supporters like you who help us support the right to read. Your donations allow us to;

We were proud to provide the crowdfunding platform to Ridgeland Friends of Libraries in Mississippi where the Mayor is withholding over $110,000 in funds because he didn't like that the library had LGBTQ+ books on the shelves. To date, it has raised over $100,000!

“We are amazed and humbled by the overwhelming support and generosity you have shown. Please know that your donations will be used to help ensure that our library's collections and programs continue to reflect the diversity of our community and will remain uncensored. Thank you.” Teresa Gerald, President - Friends of the Ridgeland Library (more here)

Do you need help to fight against censorship in your community?
Find out how we can help you.

A Win In New Jersey

In the North Hunterdon-Voorhees school district, the NH-V Intellectual Freedom Fighters (NHVIFF), a dedicated group of parents, residents, and educators, came together to campaign against the ban and to support the school librarian. We worked with local activists and the New Jersey Association of School Librarians to craft new messaging and then generate letters to the board requesting communication, transparency, and resolution. We helped them plan a digital action campaign which included an online petition and tools to identify community supporters to rally them into action. You can read more here in School Library Journal.

Tracking Legislation That Would Incarcerate Librarians and Ban Books

Politicians in state legislatures across the country have filed dozens of bills that are detrimental to our school libraries and public libraries. Some even go as far as authorizing the arrest of librarians. You can view our national tracking of this kind of anti-American legislation here.

Here is a great map of book challenges from around the country compiled by Dr. Tasslyn Magnusson who put hours into researching these book bans. If you want more information about Dr. Tasslyn Magnusson's database you can read more and get access to the raw data here from the EveryLibrary Institute Website. 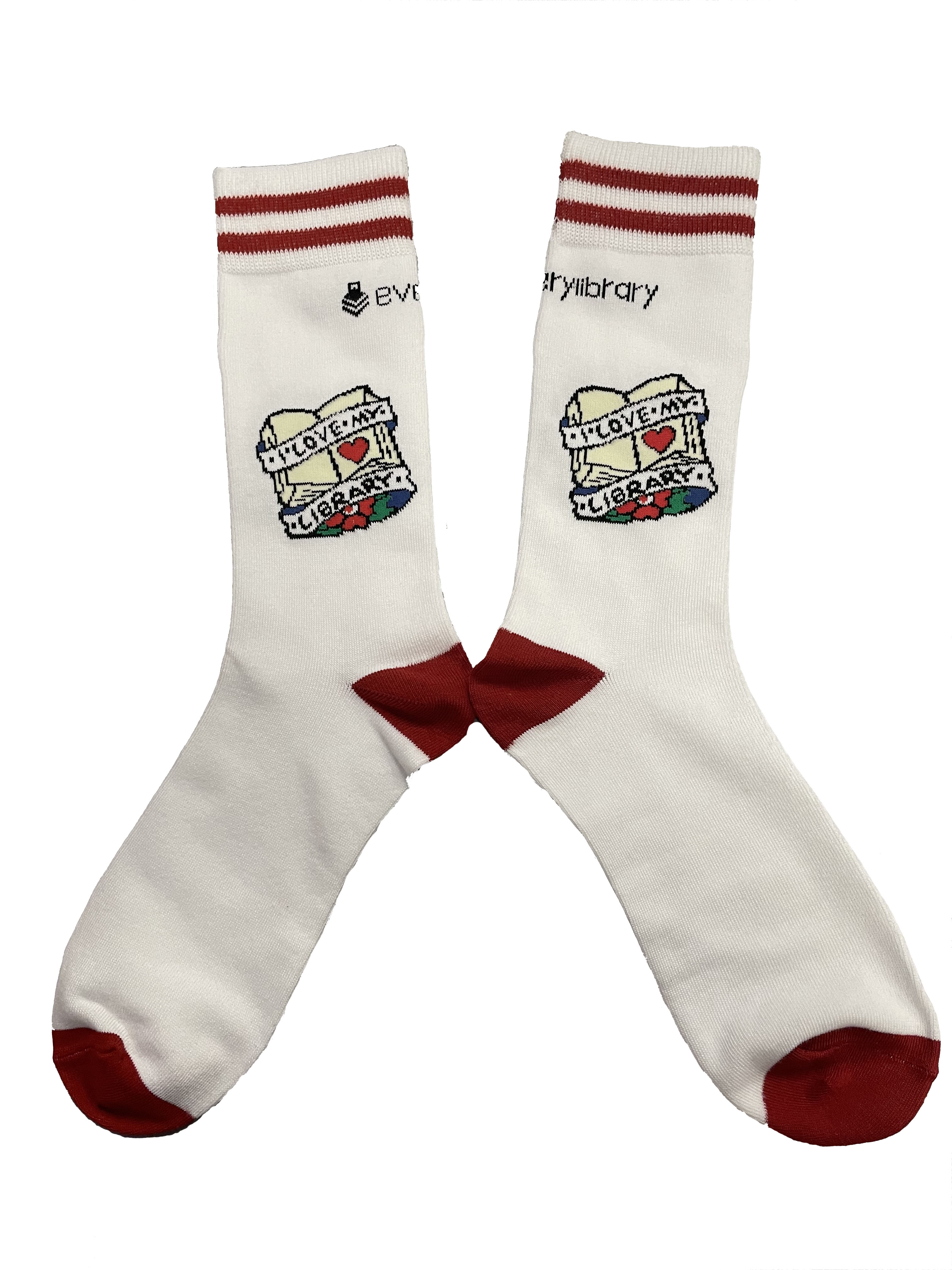 All new monthly donors of $5 or more will receive a great pair of "I Love My Library" socks from John's crazy socks!

Petitions in the Field

If you don't live in an affected community, you may not have seen one of our direct action petitions. We are working with local advocates on the ground in numerous to provide them with the tools, resources, and training they need to win.

National Petition
If you live anywhere in the United States you can always send an email to your representatives here to fight against book banning.

Utah
The attacks on the freedom to read have come to Utah where a small but vocal group is seeking to ban and remove books in school libraries across the state.

Kent School District (Washington State)
The principal of the Cedar Heights Middle School circumvented the district’s procedure around challenging books in the library by removing several books from circulation without a review process.

Orange County (Florida)
In Orange County, District Leadership has pulled titles by LGBTQIA+ and BIPOC authors off shelves to the detriment of the children they are intended to serve.

EveryLibrary does more than track problems and raise awareness. We work on direct action to support local libraries and in partnership with advocates on the ground. Can you help us keep up this effort to protect and preserve libraries for all Americans with a $10 donation today?