Your YES campaign starts with 0 (zero) fans on Facebook. There is no time to organically build the page. Buy some ads and boosts for your page and posts. Even $5 a day in your zip code(s) drives community awareness. It’s an interactive digital yard sign.

Your YES campaign starts with 0 (zero) fans on Facebook. There is no time to organically build the page. Buy some ads and boosts for your page and posts. Even $5 a day in your zip code(s) drives community awareness. It’s an interactive digital yard sign. 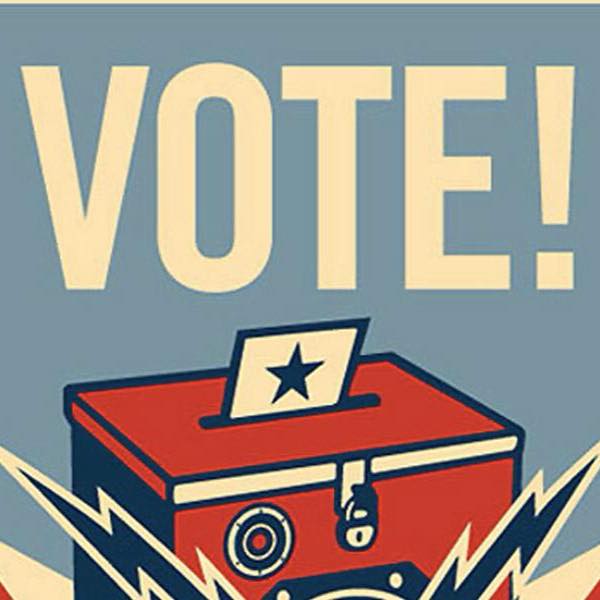 #2 Use voter data not cardholder data

The only thing harder than getting a non-voter to vote is…. Nothing. Nothing is harder. Look at the regular voters in community and target them about your library’s measure. Lot’s of non-users are voters - and they are willing to vote Yes for the library.  You local elections office should have the voter file.

The single biggest driver of voter behavior: meeting the candidate or their campaign representative. And you are with the campaign. Go out and say Hello! Tell other voters what you believe.  Invite them to vote yes. Or call them. Direct mail is for negative messages. In-person contact creates YES votes. 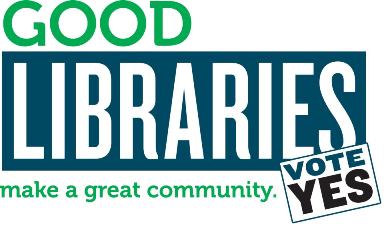 Engagement is not conflict. It’s open and transparent and sometimes changes minds. Or at least quiets down a critic. As the “Pro” library side, it’s up to you to keep the “Cons” quiet.

Library staff usually can’t answer campaign negatives any more than they can advocate for passage. Because they have to stick to the Info-Only, it’s up to the YES committee to answer the opposition. Monitor social media and local news sites. You have to get into the comments.  It’s more than Letters to the Editor.

The Public Library of Youngstown in Mahoning County (OH) is teaming up with the local parks group and the transit authority to promote their services to users. They have over $1 million in combined advertising budgets. In 2014, a 2.4-mill levy was passed to secure $9.3 annually for the library and they know their media promotion helped with that win. They are placing even more money in their advertising budget this year to remind people of the value of the library and how the new money will be spent. The parks district and transit authority are both considering future ballot measures to increase funding and are hiring outside advertising firms to increase awareness of their services leading up to the possible campaigns.

The Maryville Library Board of Directors have put forth a proposal for a county wide library system for Nodaway County (MO) to go before voters on April 7. The district would be funded by a 15 cents per $100 tax levy. Up until recently residents outside of Maryville have had to pay a $25 fee for a library card, which is currently being waived, so that rural users can see the benefits of a publicly funded library system. The funding would double the current library budget allowing for an expansion of library services including wifi hotspots, more services to children, targeted outreach in County Schools,  and  a bookmobile to better serve rural areas.

The Summit County City Council is currently considering a renewal and 0.5-mill increase to the current 1.4-mill library levy that will expire at the end of this year.  This would fund public libraries in and around Akron (OH). The current levy generates about $11 million dollars or half the library’s annual operating budget. The increase would make up for a 17% annual reduction in Ohio state funding that has been declining since 2008. A full presentation of the proposal is scheduled for this week and then the City Council will need to vote to put it on the May 2 ballot by February 4th. Similarly the City Council of Butler County (OH) is considering a renewal of the 0.75-mill tax levy for the MidPointe Library system.

New Orleans Public Libraries will have a funding measure on the May 2, 2015 ballot. The City Council voted unanimously on January 8th to include a 25 year 2.5-mill property tax levy on the ballot. This would generate an additional 8.25 million per year. Library funds have been gradually depleted following hurricane Katrina. This will allow libraries to be open on Fridays and Sundays.

Planning to attend the ALA Midwinter or other professional conferences this year? Make sure you read the guide to Schmoozing for Beginners written by one of our founding board members PC Sweeney. Social events and between meeting hallway conversations can lead to some powerful projects. They are part of EveryLibrary's beginning. These tips will help you make the most out of your brief connections and, who knows, maybe you will make some friends too.

We're leveling up the rodeo this year to share easily digestible lessons from our work so far. This is our value added to you, our supporters, in 2015.