As the first national political action committee for libraries, we’re in a unique spot.

As the first national political action committee for libraries, we’re in a unique spot.

We help library staff and leadership on the weirdest day of the year: Election Day. It’s a really weird day because that’s the day you stop being the community’s Librarian and transform into The Tax Man. You are about to raise taxes. And while the revenue is for the library - and it’s mission, purpose, and outcomes - you are talking about taxes and taxes are people’s money. And people get upset about their money.

Across the country in November 2014, when there was a win it was usually big, and the losses were tight. We've got a short recap available for you and are excited to be writing a feature-length piece for Library Journal on the national landscape, soon. So we’ll focus this analysis and discussion on our 8 campaigns from November 2014 out of our 20 “endorsed and involved” 2014 campaigns.  In several of our library Elections, we saw a disconnect play out between the role and image of “The Librarian” in communities. We also saw counter-intuitive actions on the part of folks like County or City leadership and the Realtors.  It’s important to talk about because it happened in both winning and losing campaigns. 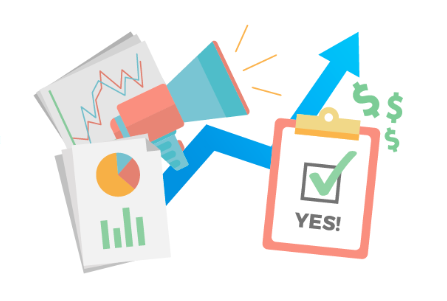 Part 1 - The Realtors and the Myth of Property Values

Pomona CA. lost their library twice in the last 2 years. In November 2012, the defeat of Measure X meant reorganizing the library as an all volunteer library. The residents lack most of what goes into having a library, including all the programmatic, services, and collection support from librarians.  While it is amazing to watch the Friends, Foundation, and other stakeholders step up to fund and run some library services in town, the lack of Measure-funding (i.e. tax revenue) for professional staff and adequate collections makes it impossible to run the library as a library. EveryLibrary came in to support Save Our Pomona Public Library as they campaigned for Measure PPL.  Over the course of 18 months we invested a great deal of time and about $5,000 in their campaign for neighbor and voter engagement to restore Measure funding.  We were involved on a strategic and tactical level with the committee. They worked a classic Get Out the Vote campaign that included a wide coalition of allies and endorsers in the community. It felt like - it even polled like - a win. Old opponents were attending YES fundraisers and speaking out about the need for a Measure PPL funded library in the City, even. It felt like a win, that is, until the California Association of Realtors dropped 3 negative mailings in the last week of the campaign, outspending the library community there by 7 times. We give them credit for a beautifully run voter suppression campaign. The California Association of Realtors questioned everything from propriety of library management to the legitimate uses of the library to the need for need for any ‘new taxes’ in the community. Wait, you say. Shouldn't the Realtors - of all people - know that a properly funded and vibrant library creates a more livable community and increases property values? Why would the Realtors in California celebrate an 8 point loss for a library….?

Northvale NJ. lost their library once in 2011 when the town council and the then Mayor voted to discontinue funding for an association library. The town lost everything that goes along with “library”, too, including interlibrary loan, shared catalogs, updated collections, programs, services, and staff.  The townspeople noticed the deficits in their community right away and some started campaigning to get funding restored.  It lead to a petition drive in the spring of 2014 to get a .3 mil levy on the ballot to create new Municipal funding for the library. The current Mayor didn't want the new tax any more than the old Mayor wanted to fund the library. The current Mayor had set up a town Reading Room, but it wasn't tax supported.  He even retitled it as “Library” and started issuing “library cards” when the campaign heated up.  EveryLibrary got involved with tactical and strategic support for the Northvale Residents for a Municipal Library over the summer, including making $650 in contributions to their voter engagement efforts. Initially, we didn’t talk publicly about our involvement because we didn't want the local opponents to make it about us. When the own Mayor’s audit report analyzing the cost of a Municipal library over a Reading Room was issued, we came out publicly in support of the committee.  The committee prevailed and they won.

As we see it, Northvale won for the same reasons that Pomona lost. They both kept the focus on funding a library that includes professional staff who support education, jobs and employment services, and personal discovery; on funding a library that has collections that support community needs; and on creating a community identity again where our neighbors and residents value and fund all of the above.  The opposition in Northvale came from local government, including mailing all residents an ‘apples and oranges’ audit report that showed in a questionable way the cost of operating a Municipal library compared to the Reading Room.  But in Pomona, the major driver for the loss was, to us, the heavy voter suppression mailing and spending the California Association of Realtors did.  We were outspent.

We will continue our review of our last 8 campaigns from 2014 next week with a discussion of local government opposition as a factor in a win and a loss.